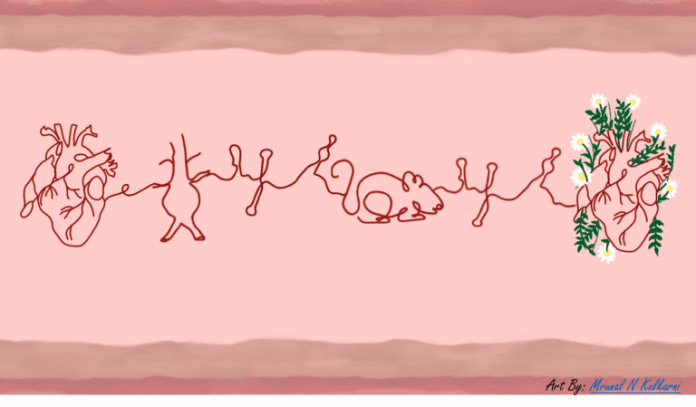 Cardiovascular diseases are colloquially called the diseases of the heart. These include clots within the hearts blood vessels (as in coronary artery diseases) or valve dysfunctions (as in valve stenosis) and improper beating of the heart (as in cardiomyopathy, arrhythmia). They often show up in regular doctor’s visit through electrocardiogram or blood pressure readings. However, there are ones that are more silent and hidden wherein the heart remains healthy but the circulation of blood is affected, as in aortic diseases. Though these can have fatal consequences, their symptoms come up much later. They are generally also the lesser-studied diseases and aortic aneurysms are an example.

’Aneurysma’ in Greek means widening. Aorta is the main and the longest artery that carries blood from heart to the rest of the body. Aortic aneurysms are of the most prevalent aortic diseases next to atherosclerosis.

Aortic aneurysms typically begin with weakening the aortic wall, which is often asymptomatic. Upon worsening, the blood vessel wall fails to maintain itself through the constant pulses of blood flow from the heart. Gradually, the region of the aorta with a weaker wall dilates. Beyond a point of dilation, it ruptures causing blood leakage within the body and death.

Development of aneurysms in each of these zones is linked to very different factors. Aneurysms of the ascending aorta are majorly influenced by hereditary factors while those of aortic arch and descending aorta have both hereditary and lifestyle factors influencing their development. Among the three, the occurrence of descending thoracic aortic aneurysms is reported to be the most frequent. Abdominal aortic aneurysms are majorly influenced by lifestyle habits which include smoking, and pre-existing aortic diseases and atherosclerosis that causes deposition of fats in the blood vessels. The condition is found in large numbers in industrialized societies, in men of age groups above 50 years. It causes 15,000 deaths in the USA annually, according to a study conducted in 2019. They are the 13th leading cause of deaths in USA.

What can be done for aortic aneurysms?

Aortic aneurysms are fatal mainly due to their asymptomatic nature. This means that very few people know of their condition. Often by the time their symptoms show up, management of their disease has already become difficult. Preventing them at early stages is not a feasible option for most currently.

An aortic disease management study conducted in India suggested that nearly 40% of cases are incidental detections while looking for unrelated conditions by medical practitioners. Currently, these are diagnosed by ultrasound imaging, CT scan and MRI techniques. The imaging technique is chosen depending on the location of the aneurysm. A dilation of more than 50% of the existing size of the aorta is followed up for clinical observation and treatment. A 6-months to 1-year clinical follow-up is recommended to monitor the aneurysm growth pattern and understand severity of the aneurysm.

Existing treatments for aortic aneurysms are limited to surgical procedures. These include replacing the dilated region of the aorta with a stent or artificial vessel via surgery depending on the location of the aneurysm and co-existing aortic disease, if any. However, these are recommended for patients with aortic diameter more than 5.5cm as they are most prone to aggressive progression and rupture.

Drug-based medical treatments are still under research. Majority of the current drug-based medical therapies focus on reducing blood pressure and vessel contractility. However, there is little evidence documented so far with regard to their reduction of cardiovascular risk factors and their effect on aneurysm. Hence, there is need for more research to find other therapeutic targets too.

Ongoing scientific research on aortic aneurysm tries to understand the origin and progression of the condition, its pathological outcomes, often starting with small animal models. They study many kinds of proteins, RNA molecules like miRNAs and long non-coding RNAs and other cellular factors. Scientists focus on understanding how these cellular factors affect the biology of aneurysm formation and also on the potential of some of these cellular factors as therapeutics for combating the disease.

Prevalence among different populations and geography of people is studied as well. An understanding of demographics allows scientists to predict risk factors for the condition and also categorize high risk population based on age, lifestyle habits or other health conditions. This has led to a better understanding and the formation of aortic aneurysm cohorts and intensive screening strategies among high risk population. Several developed countries have begun implementing screening strategies for abdominal aortic aneurysms among older people, and it has resulted in reduced prevalence of grave symptoms. However, many developing countries, India among them, are still yet to implement such strategies.

Since aneurysms are often found in people with pre-existing aortic diseases such as atherosclerosis, an active and healthy lifestyle might also hold promise in preventing aneurysms too.

Dealing with the silent aortic aneurysms might be a combination of prevention, early detection and timely therapeutic intervention. With advances in techniques to study genes and proteins, and imaging tools this can be tackled better by scientists, technologists, medical practitioners and epidemiologists. 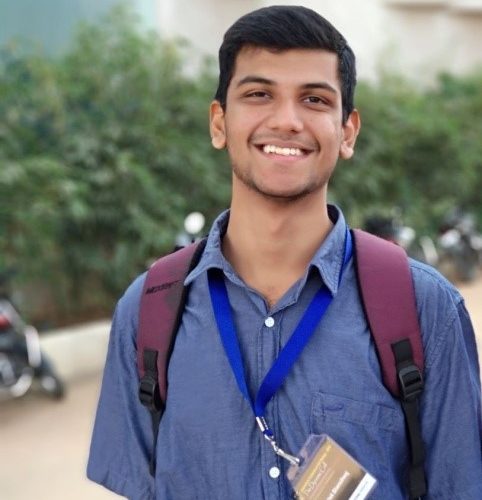 Abishek Bharadhwaj R
R Abishek Bharadhwaj is currently pursuing his PhD at CSIR-CCMB. His current research focuses on investigating the roles of long non coding RNA molecules (lncRNAs) in aortic aneurysm. He visualizes the progression of aneurysms using ultrasound imaging in small animal, and conducts cellular and molecular biology experiments to understand expression profile of these lncRNAs in aortic aneurysm. He can be reached by email at abhishekrb@ccmb.res.in Outside of the lab, he enjoys motorcycling and gaming as and when there is time.