A lab recipe to make organoids 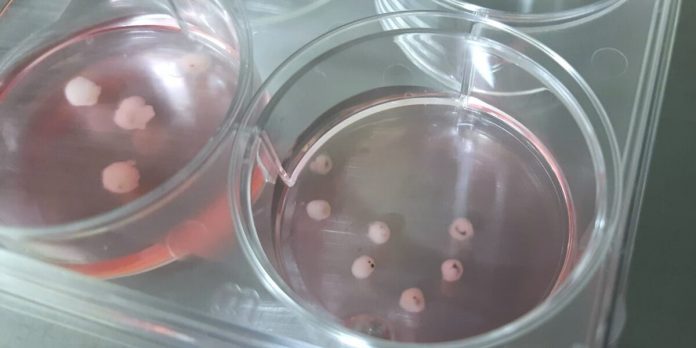 Picture a world where mere mortals could play God and create humans with a snap of a finger; we could explore endless and unperceivable possibilities, bound only by the limits of human imagination. Sounds like fiction? Yes, but perhaps we’re closer than you might think.

The protagonists of our story are the marvelous pluripotent cells that are found in the early stages of human embryo formation. These cells have two incredible superpowers; firstly, they are self–renewing, and secondly, scientists think that these cells are capable of producing many and in fact, all tissues present in our bodies. These cells could thus be molded to form various organs outside the body. However, these cells are only found in embryos, therefore extracting them is controversial.

Using these brilliantly crafted iPSCs, scientists in labs have managed to create kidneys, intestines, lungs and several other organs; in fact, all vital parts that make up a human body! I witnessed this procedure in action when I saw the different stages of a growing “mini brain” in a test tube at the CSIR-Centre for Cellular and Molecular Biology. This fascinated me deeply, since the connectivity between neural (brain) cells is quite intricate and complex. The human brain contains 100 billion interconnected neurons of different kinds, and the pattern and strength of the connections is constantly changing. So, no two brains are alike. It is in these changing connections that memories are stored, habits learned and personalities shaped. Therefore, growing one, albeit a simpler version, is in itself something to marvel at.

So how, in fact, do we create these mini brains or ‘organoids’ in general?

Although the actual process is quite complicated (involving expertise in the use of methods such as sectioning, gene marking and protein mapping using highly sophisticated instruments), the concept behind the formation of these organoids is fairly straightforward. In just a few easy steps, with the aid of modern technology, you could produce and sustain a tiny brain yourself! Interested? Well, here’s how you do it.

Step 1 (Day 0-5): You start with pluripotent cells and allow them to form the three primary groups of cells that make up a human body; the ectoderm (which forms the outer layer of the body like the skin and the nervous system), the endoderm (responsible for forming the innermost layer by lining the internal organs) and the mesoderm (lying between the ectoderm and the endoderm which forms muscles, bones and cartilage).

Step 3 (Day 7-10): Take the neuroectoderm you made and embed it in a gel, filled with the necessary proteins, which gives rise to the neural epithelium (which comprises tissues that are specialized to serve a sensory function)

Step 4 (Day 10-60): Supply the neural epithelium with the proper amount of growth factors to ensure differentiation into different kinds of neurons, and voila! You have your own miniature brain!

Side note: Don’t forget! To prevent contamination, you must use laminar airflow, which is a specially designed chamber where a motor blows air with force and large dust particles are separated. You also have to sterilize glassware, stainless steel instruments, plastic containers, etc. under high temperature and pressure.

Undeniably, the idea of having a little brain in a dish sounds fascinating enough, but what’s the use?

Organoid technology holds great potential as a tool to study a wide range of subjects, including the processes that influence the development and growth of organisms, study of diseases, cell biology and the toxic effect of drugs on an organism.

Some scientists need brain samples to study brain disorders. They could easily have used a mouse brain and studied brain disorders in them, right? After all, that’s what they have been using so far. But the beauty of making organoids in vitro lies in the fact that we can study certain disorders which uniquely occur only in humans like autism or schizophrenia. Besides, there are several differences in the anatomies of the brains in these two organisms, like the absence of grooves in those of mice, which could lead to inaccuracies while studying diseases exclusive to humans.

The most brilliant aspect of the brain tissue formed in the laboratory is that it exhibits the same proportion of cell types as seen in an actual human brain.

Brain organoid synthesis opens up incredible and unexplored avenues for scientists to discover the pathways and mechanisms by which certain neural disorders behave. One such example is the disease microcephaly, which results in reduction of a baby’s head size due to stunted growth of the brain, and can be studied using organoids. Scientists have observed the various after-effects of knocking out certain genes that may cause microcephaly, thereby helping us understand the working of this ailment. We could also study the spread of neural tumors using such in vitro mini-brains which could possibly lead to a clearer picture in understanding the mechanism of cancers and how they spread.

Although research involving the delicate procedure of organoid synthesis is still in its infancy, studying the consequences of various genetic and physical manipulations could lead to certain possibilities in drug discovery and mitigate human – specific infirmities. Far more studies need to be conducted in this field but hopefully, organoid synthesis is a step towards more competent and effective solutions to existing maladies and perhaps one day, even creating our very own humans in a dish! 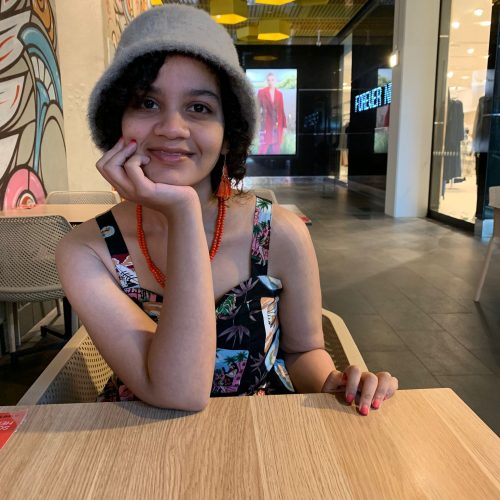 Tanishqa Chaubal
Tanishqa Chaubal is currently a third year BS-MS student studying at IISER Kolkata. She is interested in stem cell biology, biochemistry and cancer biology and is passionate about rare psychological disorders as well. Outside academics, she loves to travel, is highly fond of marine wildlife and likes to express her creativity through fashion. She can be reached by email at tac20ms201@iiserkol.ac.in.