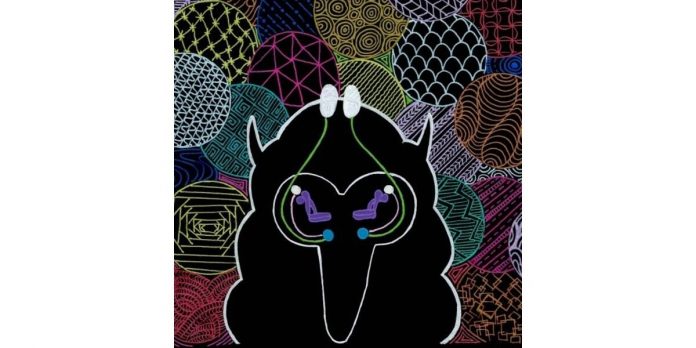 Getting used to the world in a whiff by Mrunal Kulkarni

I am a neurobiologist, and I want to understand the kinds of changes happening in brain that lead to different behaviours in brain diseases.

It all began way back in 2002, when I enrolled for my PhD studies. I primarily focussed on studying modulations in calcium levels in brain neurons due to products from breaking of a protein called the amyloid precursor protein, and its role in Alzheimer’s disease in the mouse model system. Subsequently, I studied long-range transport of proteins in neurons of the fruitflies.

This was followed by a maternity break for four years. This rather uncertain time professionally proved to be a turning point for my independent scientific career. I put together my learning and experience in neurobiology, genetics and advanced imaging, and drafted my first independent research proposal. I set on my long-standing idea of finding out the role of neurotransmitter transporter proteins in neuropsychiatric disorders.

Acetylcholine is a common neurotransmitter found in the central nervous system. Deficits in acetylcholine transmission in neurons are implicated in many neurological and psychiatric diseases. Majority of these neurological diseases also show disruption of cognition and behaviour, drastically affecting the quality of life of those suffering. So, I chose to study the function and regulation of choline transporter protein, crucial for acetylcholine neurotransmission in fruitflies.

Fruitflies are capable of learning, remembering and recalling features such as smells, tastes, dangers, patterns and colours from their past experiences. A region in insect brain called the mushroom bodies is required for memories of different kinds. It is here that different kinds of sensory information meet and are processed to make sense of the whole world around the insect. Manipulations of parts of the mushroom body compromise cognitive behaviour of insects.

Choline transporters were not studied in fruitflies previously. So, I and students who worked with me generated molecular and genetic tools that allowed me see the protein expression in fruitflies. We found high amounts of expression of choline transporters in the fruitfly mushroom body. We highlighted developmental and neurological defects associated with its reduced expression in the mushroom body. We then investigated if these transporter proteins play a central role in processing incoming sensory stimuli, and how. Of the many senses, I particularly chose smell. The neuronal connections in the fruitfly brain needed for it to smell are well-defined and the genetic tools available to tweak these connections are plentiful.

During this project I have moved across institutes, from IISER Bhopal to CCMB Hyderabad, but had immense support from the scientists whose labs I worked as an independent investigator.  But working as a scientist with an independent research grant is very different from a regular scientist with a proper lab space, a team of PhD and post-doc scholars. I could only hire project trainees to work with me on the project. Add to that, there was no facility to study fly behaviour at the institute when we started this work.

We started with establishing a dedicated fruitfly behaviour room. It needed a stable work bench, incubator to grow fruitflies, red light connections and a stable room temperature – necessary for conducting behaviour experiments. I was allowed to use a small unused room with a heavy cold room iron gate. We got the room cleaned and painted, furniture polished, and replaced the heavy cold room gate with a manageable wooden door.  We got the red light connections fitted above the work bench. Finally, in a little more than a month’s time, we had the behaviour room ready for use and started with the planned experiments.

We established a behavioural paradigm to study how fruitflies habituate to different smells. Given enough time, fruitflies stop responding to inconsequential smells, viz they habituate. Habituation is essential for an organism’s cognitive capability to ignore any inconsequential sensory stimulus. Using robust genetic tools, we could add and remove the choline transporters from the select neurons of fruitfly brains. We studied how that affected the fruitflies ability to habituate.

In our study, we found that choline transporters are required for habituation at multiple points – from the first smell processing centres to mushroom body neurons. We found that choline transporters are not only unique and important for neurons releasing acetylcholine but also for neurons that release another neurotransmitter, GABA. While acetylcholine is known to activate the receiving neurons, GABA inhibits them. We reported that knockdown of the choline transporters in mushroom body and GABAergic neurons leads to defective habituation in fruitflies. Such fruitflies are more attracted towards smells. The hypersensitivity and defective habituation observed in our study remind us of behaviour observed in patients with Autism Spectrum Disorders.

Can further studies of transporter proteins in fruitflies help us understand the intricacies of autism? We are still far away from saying that. But these studies have opened up a new arena in front of me. How choline transporter works in both excitatory as well as inhibitory neurons?  Can we target the transporter to manage associated brain diseases and conditions? The brain holds many mysteries which need to be solved. Psychiatric disorders such as depression, lack of attention, aggression, and anxiety are multifaceted, yet rooted in the complexities of neurobiology. I am now going to investigate transporter proteins at different levels of their function, from molecular to cellular to whole organism level, to understand underpinnings of these disorders.

Previous articleShadow A Scientist Program
Next articleIndiaAsksWhy | Ep. 4 | Why do tigers have stripes? 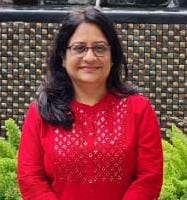 Runa Hamid
Runa Hamid is currently a Project Investigator at CSIR-CCMB. She has an academic background in neurobiology and neurogenetics. She believes that extensive research is needed at the most fundamental level to understand the underpinnings of psychiatric disorders. Her research focuses on investigating the mechanistic functions of synaptic proteins and understanding how their dysfunction impairs cognitive abilities. Since psychiatric disorders are majorly diagnosed through behavioural criteria, and fruitflies display a repertoire of sophisticated behaviours exhibited in these disorders, she uses fruitflies as a model for her study. She can be reached by email at runa@csirccmb.org and on Twitter @RunaHamid.