The hidden life of a tropical forest 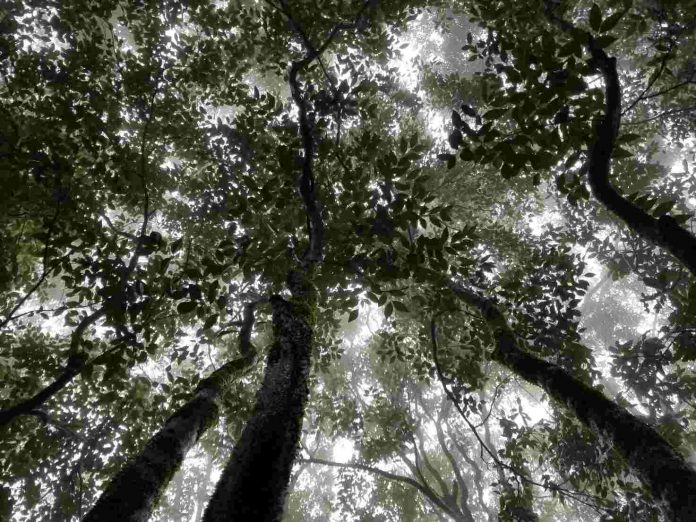 Our vehicle took a sharp turn and struggled up a steep gravel path on the hill and came to a hesitant stop as the road ended. We jumped off and gathered at the loaded trunk to prepare ourselves for what lay ahead. It was the time of the year when the monsoon rains wash over the Western Ghats, brightening the green against an overcast sky and bringing a delicious crispness to the air.

For someone heading out to survey soil arthropods, this season also means covering up against mosquitoes and putting on knee-length socks to protect ourselves from leeches waving in anticipation along forest paths. We turned on our GPS device, put on our head torches, and gathered ropes, rakes, sieves and sampling jars. Armed with these eclectic tools, we walked along the trail leading us to the crest of the hill. The view opened up to a spectacular bloom of purple kurinji flowers carpeting the slopes of Pushpagiri, nestled in the Western Ghats.

The mountains of Western Ghats have stood as sentinels watching over the geological, climatic and biological evolution of India since the time it was part of the Gondwana supercontinent 200 million years ago. The mountain range runs parallel to the west coast of India for over 1600 km and consists of multiple massifs. The duration of rainfall decreases as one moves from the towering southern mountains to the low elevation plateaus in the north, creating unique habitats that are home to distinct groups of living organisms.

Historic events have also shaped the evolutionary history of these mountains. A massive volcanic event led to widespread species extinctions in the northern and central range 65 million years ago, while the onset of a dry seasonal climate led to significant habitat changes 11 million years ago. The vagaries of history intertwined with environmental differences seen today have laid the canvas for the origin of unique life forms. Today, the Western Ghats range is home to about a third of India’s biodiversity, and is recognized as a global biodiversity hotspot since many of the species found here are seen nowhere else in the world.

In the last few decades, many research expeditions have documented plants and animals in the Western Ghats leading to the discovery of several new species previously unknown to science. Such explorations generate information that propels the identification of species, mapping their geographic distributions, uncovering how species are related to one another and revealing spatial patterns in the number and composition of species.

However, many small organisms, which are important to the ecosystem but difficult to spot and identify in the forest, sadly pass under the radar. Arthropods, including centipedes, millipedes, spiders, scorpions and insects, are one such group that are crucial for the flow of nutrients in the soil ecosystem, but can be notoriously difficult to identify. These organisms have existed on earth for hundreds of millions of years, and can help us understand how geological and climatic events have shaped life forms in an ancient region such as the Western Ghats.

A centipede under a dead log on the forest floor, PC: Bharti Dharapuram

Interesting species in hiding need ingenious methods of discovery. Researchers, like us, start planning weeks before we find ourselves in the forest. Since species may be strongly associated with temperature and rainfall, and limited by rivers and valleys, we study maps of the different massifs in the Western Ghats and identify accessible sampling locations representing various habitats. While it is really promising to see these bright dots on a digital map, getting to these locations in the field can reveal unforeseen challenges – frustrating, fearful, and sometimes, unexpectedly delightful. There can be a landslide resulting in a winding trek through the forest, a sudden waft of fresh elephant dung causing our hearts to flutter, a run of thundering rain marooning us indoors, or an endless wait beside a vehicle stuck in muck leading to an unforgettable tiger sighting!

The forest department staff help us reach the sampling sites. Once there, we walk along trails, overturning rocks and dead logs to find large arthropods that thrive in the moist and dark underbelly. Species identification requires microscopic examination and genetic analysis in the lab. So, we collect and preserve representative specimens, giving each individual a unique code and make notes about its location and habitat.

Apart from this active search, we also sample small plots on the forest floor to record its arthropod inhabitants. To do this, we stretch a long rope along an undisturbed patch of evergreen forest, place a metre-wide square frame at regular intervals on this transect and take images of the enclosed plot and the canopy overhead. Then starts the arduous task of gathering all the dead and fallen leaves within each plot, weighing this leaf litter and sifting it through a sieve to collect the arthropods in hiding. This calls for keen focus and quickness of feet to collect the leaping, scuttling and flying critters. Amid all this, we also keep an eye out for chance neighbours, such as the hump-nosed pit viper, sitting coiled and camouflaged on the forest floor, waiting patiently for their natural prey.

The hum of fieldwork is broken by delightful sights and sounds – the echoing call of a Malabar giant squirrel followed by its thumping leaps across the forest canopy, a white-bellied treepie rustling alluringly in a thicket close by, or a gecko, beautiful as the starry night, lying still in alarm near a fallen tree trunk. The day ends with labelling specimens, entering data, fond reminiscing and re-packing for the next morning. If we are lucky, we will hear the eerie call of the spot-bellied eagle owl piercing through the night, the forest at our doorstep reminding us of the adventures she holds, which we hope to share with her.

Previous articleDaak April 2022
Next articleHow can we develop crops with better immunity? 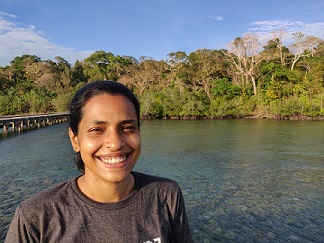 Bharti Dharapuram
Bharti Dharapuram is a postdoctoral researcher at CCMB-LaCONES with Dr. Jahnavi Joshi’s research group. She is interested in processes shaping patterns of species distribution and genetic diversity, especially in poorly studied tropical terrestrial and marine invertebrates. She can be reached at bharti.dharapuram@gmail.com or @BhartiDpuram on Twitter.