School has let out. You have just finished writing the last exam before the holidays. You and your friends decide to visit a chaat vendor’s cart nearby for a celebratory round (or a few) of paani-puri.

Not too long afterward, you develop a stomach ache. You complain about it at home. The doctor diagnoses it as an infection, thankfully a mild one. At home, a plate of curd-rice is slid forth coupled with mango pickle and a gentle reprimand.

Present day. You are now older and perhaps a bit wiser as well.

You get a stomach infection again. Your doctor prescribes antibiotics as the treatment. After you finish taking the assigned pills, the same physician recommends you try eating a certain kind of bacterial spores to ‘help replenish your microbiota.’

With memories of the havoc wreaked by a bacterial infection fresh in mind, you wonder how these so-called ‘probiotic bacteria’ are supposed to help.

Food connects the two incidents. And the microbes that we consume along with it. They can either cause infections or bring about benefits to the host.

To quote a famous science writer Ed Yong from his book, I contain multitudes, “There is no such thing as a ‘good microbe’ or a ‘bad microbe’. These terms are ill-suited for describing the messy, fractious, contextual relationships of the natural world.” This would come as a surprise to many, including my old self. In our most frequent discourses even until my Bachelor’s degree in Microbiology, microbes were generally the causes of diseases and agents of damage that follows.

But in the last few years, scientists have been finding out how microbes have been a part of our day-to-day lives in many ways; not just in sickness but in health and happiness.  We now know that a majority of microbes are not harmful to us at all! Microbes are omnipresent in the environment around us; they are found living on and in the bodies of other larger, multicellular organisms, including us. This population called the ‘microbiota’ is a diverse collection of bacteria, viruses, fungi, and protists. They are present in virtually every nook and corner of our bodies barring a few exceptions. In the case of humans, cells of the normal flora of our body far outnumber the cells in our body!

Evolutionary biologists and microbiologists suggest that since the microbiota and our cells have lived with each other too long, they depend on each other for multiple bodily functions. The list of studies in recent years, especially on bacteria, citing examples of these interdependencies is overwhelming. And the forms of interactions are intriguing.

For example, many bacteria of the microbiota are known to attach themselves to the gut epithelium and compete with pathogenic bacteria for space by not letting them directly colonize there. Some members of microbiota play a role in the maturation of the immune system by training the innate immune system to differentiate between harmless and pathogenic bacteria. The gut bacteria can ferment dietary fibers and generate various metabolic end products. Some of these metabolites like short-chain fatty acids can cross the blood-brain barrier and may influence the appetite of mammals. A class of gut bacteria called Firmicutes preferentially produce butyrate which activates anti-inflammatory pathways in the gut, which in turn protects against conditions like inflammatory bowel disease. These are some of the instances of gut bacteria-host interaction that have been uncovered so far.

Changes in the composition of these bacteria in the gut – often referred to as ‘dysbiosis’ has far-reaching effects. These include but are not limited to obesity, inflammatory bowel disease (IBD) and inflammatory bowel syndrome (IBS), and food allergies. Recent reports are emerging that even neuropsychology may be affected by something called the ‘gut-brain-microbiome axis’, implicating these microbes in mood disorders and autism spectrum disorders.

Is there any way to try and fix this dysbiosis and associated maladies? Can we purposefully enrich the microbes which are beneficial to us?

In some cases, for the treatment of drug-resistant Clostridium difficile infection, a ‘fecal microbiota transplant (FMT)’ has been attempted. Though still not widely used, this innovative treatment involves delivering the stool of a healthy human donor to the patient either via a tube (colonoscopy or nasogastric tube) or in the form of capsules (creatively named ‘poop pills!’). This procedure introduces a large number of ‘good’ bacteria which populate the gut microbial community of the patient and help clear out the infection faster by competing with the pathogen.

A simpler solution might lie in something we consume every day: food! Studies have now confirmed that many of the traditionally consumed, generally fermented, food preparations around the world thought to provide various health benefits contain microorganisms. And we fashionably call them ‘probiotics’. The World Health Organization (WHO) defines probiotics as ‘live microorganisms which when administered in adequate amounts confer a health benefit on the host’.

In a nation with as big of cultural and culinary diversity as India, many fermented food preparations have been traditionally prepared. These include, but are not limited to curd and buttermilk, idli, panta bhat, dhokla, various achaars (pickles), hawaijar (a fermented soybean product consumed in Manipur). And other cultures have their own lists. Some formulations containing probiotics are also commercially available –  such as spores of these bacteria, and fermented milk drinks.

Although the textbook definition of probiotics came into being rather recently, their health benefits were first scientifically proven more than a century ago. A Russian scientist Elie Metchnikoff first suggested a link between the improved lifespan of certain populations in Europe and the fermented milk products consumed by them (which were later found to contain ‘lactobacilli’ – a genus of beneficial bacteria). Around the same time, a French pediatrician Henry Tissier noted the presence of ‘Y’ shaped bacteria (now known as Bifidobacteria) in the feces of breast milk-fed healthy infants and proposed their use as a treatment for diarrhea.

In a few clinical trials, these probiotics have been found to be effective in preventing neonatal sepsis in premature newborns. Preparations of probiotics containing certain species of lactobacilli have been found effective in the treatment of diarrhea and other digestive complaints. Some reports suggest that consuming probiotics may help in modulating the dysbiosis of gut microbiota resulting from antibiotic treatment.

What it is that makes these probiotic bacteria more beneficial than several others is not fully understood yet. But there are some clues. For example, scientists believe that certain properties are desirable in bacteria to be used as probiotics; such as – the ability to survive in the presence of acid, heat, bile salts, etc. which are all part of the gut microenvironment. It is a theory in the field of researching probiotics that these properties might help the bacteria to survive and establish themselves in the digestive tract of the host more successfully. However, researchers are still trying to figure out how these inherent properties came to be.

One limitation of the probiotic formulations currently in use is that different individuals show a different degree of responsiveness towards them. To tackle this, scientists are looking for new kinds of probiotics whose benefits can be tailored to be more effective as per the patient’s needs, à la precision medicine. With advancements in technology, researchers are exploring a ‘phenotype-based approach’ to screen for new bacteria which may be used as probiotics. In this approach, the beneficial effects of the potential probiotics are screened on immune cells in culture or by using animal models. On the other hand, a ‘target-based approach’ has also been tried which involves predicting the abilities of bacteria to produce certain beneficial metabolites using bioinformatic tools. This may soon give rise to a field of ‘precision probiotics’!

These good bacteria have been our partners since the beginning, and keep evolving as we grow. We, humans, have been (often unknowingly) harnessing the immense potential of this partnership. Consuming specific food items which give health benefits is just one such instance, a knowledge that has been passed down across generations in various cultures of the world. With the advent of technology, we have started to uncover more and more details about how beneficial bacteria (and probiotics specifically) bring about a positive impact on our health and well-being.

Quite a few months later.

After making a speedy recovery from that bout of stomach infection, you have now made a conscious decision to try and adopt healthier food habits. If you find yourself reaching towards a glass of buttermilk at the end of most meals, it is perhaps in memory of a childhood habit. But now you are also aware of the scientific reasoning behind it! You realize that it might not be the magical solution to all our health problems. But science is opening up mysteries that were otherwise occluded.

Previous articleIndiaAsksWhy | Season 2 | Ep. 4 |Why do We Brush Our Teeth? 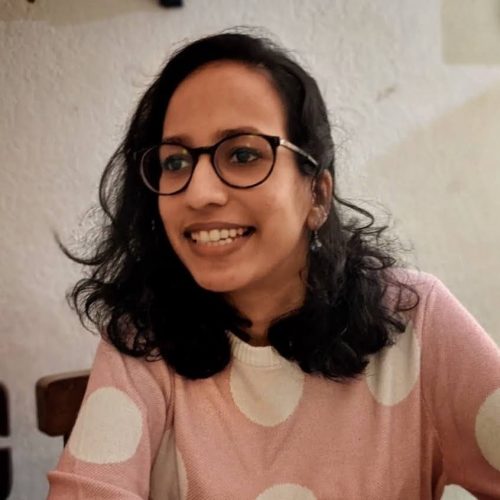 Vaidehi Rajguru
Vaidehi Rajguru is currently pursuing her PhD at CSIR-CCMB. She is interested in studying the cell walls of bacteria and the bacterial proteins that help in degrading these cell walls. She uses a combined approach of genetics, molecular biology and biochemistry to try and understand the functions of these proteins. Outside the lab, Vaidehi can be found reading about diverse topics or following the latest happenings in sports. She can be reached via email on vaidehi.rajguru@ccmb.res.in and on Twitter at @vaidehir9.

Ancient DNA – a genetic thread that connects our past and present